Toilet Seat Up Or Down? Ready, Set, Fight!

We’re talking, of course, about the best position for the toilet seat: up or down?

We realize it’s possible that your gender plays a role in how you answer that question. We’re not trying to rub salt in old wounds or reignite any rivalries, and we’re certainly all about gender equality. We love everybody!

In the interest of fairness, we’ll be presenting arguments from both sides. Here goes…

Everyone wants a toilet to be ready for use. It’s a drag to have to switch the toilet seat from one position to another. I mean, is it too much to ask to just have this one thing go smoothly? We get it.

It’s just really convenient to walk into a bathroom and not have to touch anything. This is true for both genders, but is it equally true? Well, as Jay Pil Choi explains, it’s really a question for mathematics.

In his study, economist Jay Pil Choi points out that of all the possible uses of the bathroom, most require sitting. Men sit at least half of the time, while women sit all of the time. That’s still a higher percentage of sitting! However, there are some risks involved in leaving the toilet seat down that may lessen the effectiveness of this powerful argument.

We are not pointing fingers here, but standing up to use the bathroom can be kind of messy. It’s not an exact science, and occasionally errors are made. If you put the lid down, you’re increasing the likeliness of errors almost two fold (we may have made that fact up, but still!).

Conversely, there’s that old chestnut about falling into the toilet bowl in the middle of the night. We’re not totally convinced that happens that regularly, but we’d like it to be taken into account.

If you have a dog or cat, you might find that they enjoy lapping up the fresh water that appears in the toilet bowl. We’re not judging that either, but you may want to keep the toilet seat down to dissuade your pet. For one thing, some people use chemical cleaners in their toilets (although, as plumbers, we don’t recommend this, as it wears out the plastic parts).

Maybe your roommates are the same gender as you. Maybe you live alone. In both cases, you can rest in the knowledge that none of what you’ve read thus far matters for you at all. We’re glad you’re reading this, though. Thank you!

When you leave the toilet seat open and flush, you’re flinging millions of little bacteria things all over your bathroom. Gross! Gross but true. So, at least during flushing there is a correct toilet seat position.

Kids and toilet bowls usually don’t mix. You may want to keep toddlers from playing in the toilet bowl, or you may end up with a Pokémon-induced toilet clog in there. You also want to keep your older kids from falling into an open toilet thinking the seat was down.

And the Winner Is…

There are compelling arguments in both camps, though admittedly we’ve noticed that there are more actual arguments for leaving the toilet seat down. However, we don’t know that either case is necessarily stronger, and we really just don’t want to pick sides. 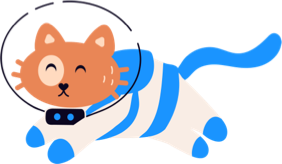